Today, I want to talk about the infinite options when working with fine silver clay.

When I first started, I was a little bit intimidated by the special properties of the clay. It dries out quickly, and when dry it can be brittle if you don’t handle it very carefully. I found out it is much easier to fix a flaw when it hasn’t been fired, than after firing. After firing, the piece is fully fine silver and you need to use traditional silver tools to make adjustments or fix problems. So it is best to become very gentle with your touch and get the piece as beautiful and perfect before you put it in the kiln.

I didn’t realize it at first, but it is very easy to create a piece in separate stages. You can re-fire a piece infinite times, building it up as you go. Before I understood that, one of my pieces ended up with much of the detail obliterated because the kiln got a bit too hot. I was sad about it, but I made the piece and renamed it to match its current appearance. I called it “Face in the Moon”. 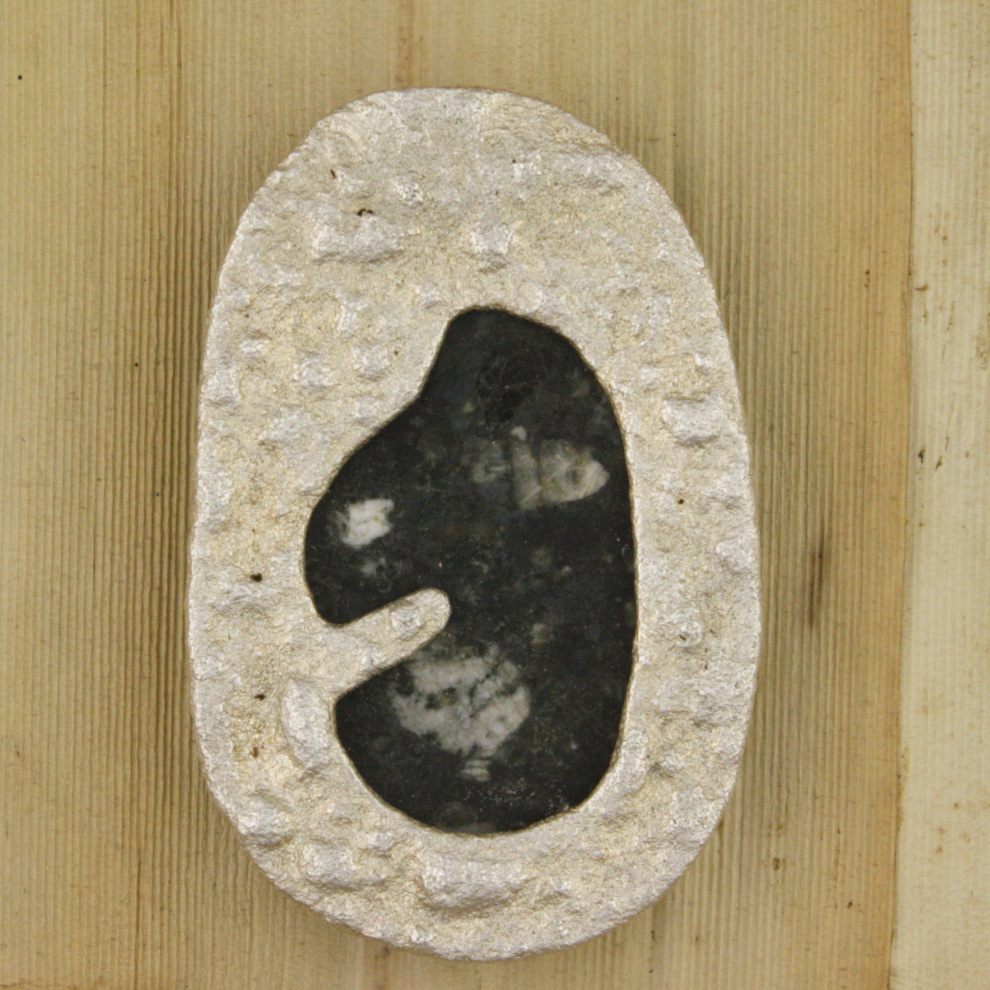 Recently, I decided that I can take that piece and upgrade it to be more like my original design, a face peaking through the garden. I’m really pleased with the result!

I added flowers and leaves and a dragonfly and now the face really is peering out from behind some bushes and flowers. 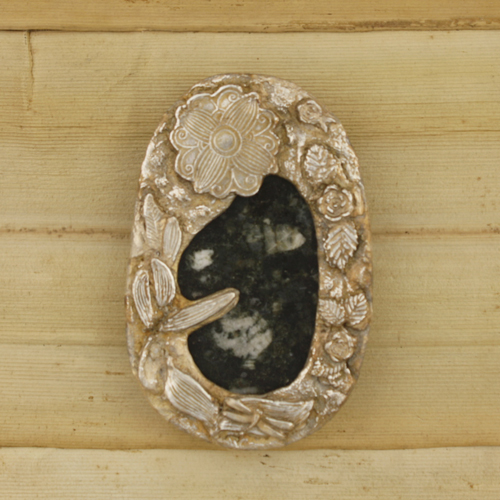 The stone is Chinese Writing stone. The white markings are a white crystal embedded in the dark green matrix. When I realized the three largest ones looked like eyes and a mouth, I came up with the garden design. I love it when a stone tells you what it should look like! 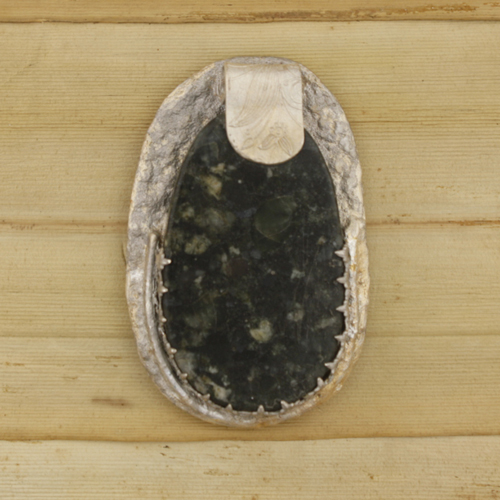 The other ah-ha moment was when I found out that most times, it is possible to remove a stone after you set it. Another reason I didn’t fix the piece until now is that I had already put the stone in it. Now I know that you can carefully remove it and put it back after doing more work on the piece.

You can find it in my shop here.

I’m working on a couple more pieces that I will share with you next time!